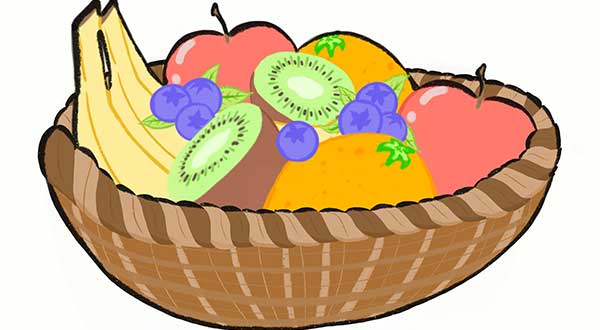 Formed in Boston in the fall of 2019, Fruit Basket is comprised of five students at Berklee College of Music who met during the first semester and have been friends ever since. These multi-instrumentalists come from a wide range of musical backgrounds and use that to shape the identity of Fruit Basket. Flavors of R&B, funk, jazz, hip hop, and soul, combined with the undeniable gel between band members, makes for a unique and highly enjoyable experience. You can find Fruit Basket on Instagram(@wearefruitbasket) or FaceBook (Fruit Basket), and listen to our debut single “Want You to Myself” on your choice of streaming platforms.

Dov Beck-Levine (Keyboard) –
The longest-haired member of Fruit Basket, Dov is a composer and performer from Toronto, Canada. Raised on an extremely diverse musical diet, his musical inspirations combine to create entertaining performances that usually include multiple instruments and some amount of jumping and flailing. Dov’s objective is always to create the most positive and engaging experience possible for both those in the audience and those on stage. Find him online at www.dovbecklevine.com

Noah Benson (Drums) –
Noah is a multi-instrumentalist from Lunenburg, MA, where he grew up and found his passion for music. He plays jazz, funk and pop with an emphasis on improvisation and cohesion. His focus is on mastering his instrument so he can explore philosophical and sociological ideas through his music and share his findings with the world. You can find him on Instagram@noa_benson

Rowan Cookman (Bass) –
Rowan was born and raised in Collinsville, CT, and has been making music with his family and friends since before he can remember. He really enjoys playing funk, soul, and RnB on as many instruments as he can get his hands on. Rowan has been writing music for himself and others since he was 10 years old and wishes to continue to do so until he has to find a real job. You can find him on instagram@99bprowan 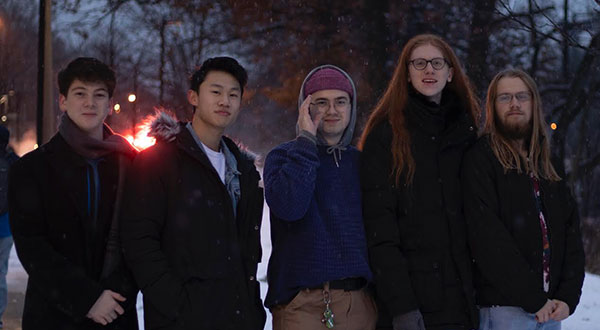 Thomas Ng (Vocals) –
Thomas is a songwriter/producer raised in Hong Kong and influenced by RnB, hip hop and acoustic music. He strives to raise more awareness of Asian artists in the American music industry. Instagram@thomasalanng

Mike Petillo (Guitar) –
Mike is a musician and songwriter originating from Verona, NJ. Playing professionally since the age of 12, he plays a variety of styles including rock, blues, R&B, jazz, pop, and beyond. In addition to his time with Fruit Basket, he also spends time as performing/recording guitarist with other songwriters, as well as playing with his own group, Champagne Charlie & the Wah Wahs. He can be found on Instagram@mikepetillo