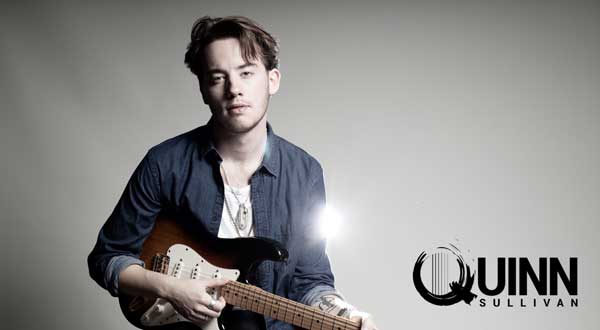 A rare artist who’s always sounded older than his years, Sullivan has been touring the world since he was 11-years-old, playing storied venues such as Madison Square Garden, the Hollywood Bowl and RFK Stadium in Washington D.C., as well as India’s Mahindra Blues Festival, Eric Clapton’s Crossroads Guitar Festival, and three Montreux Jazz Festivals. Quinn has shared the stage with his hero and mentor Buddy Guy, as well as Carlos Santana on several occasions. Quinn’s performance experience includes appearances on leading national television programs such as The Ellen DeGeneres Show, Late Night with Jimmy Fallon and The Oprah Winfrey Show, to name a few.

This Massachusetts native has taken the abundant skills of his youth and now, as a young adult, is letting them blossom and steer him into new directions of artistry and creativity.

Stay tuned for the first single available everywhere on January 22, 2021