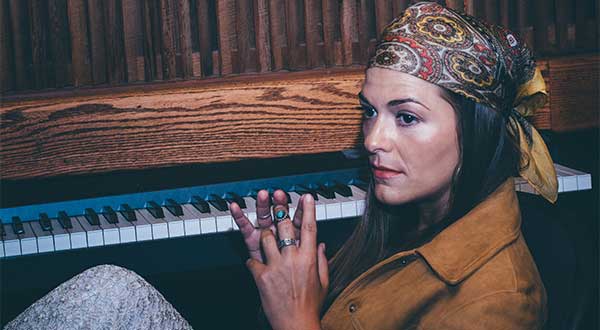 An emotive singer-songwriter-pianist with a sensual and sultry edge, Cori aims to take audiences on a journey and move them with stories, soul, and nostalgic sounds. Based bicoastally between New England and SoCal, she has played stages big and small as both a solo artist and with her 8 piece backing band- The Music.

She was voted one of San Diego’s Top Songwriters and has been the featured performer at the House of Blues mainstage, Tonight in San Diego, RAW Artists showcases and took over the Museum of Contemporary Art in downtown San Diego with a concert to celebrate the release of her 2017 album “Who Am I?”.

As a writer, Cori matches her storytelling and mature lyrics with cross genre sounds of Soul, R&B, Pop, jazz and more from deeply moving piano ballads to a full ensemble groove complete with horns and occasionally, harmonica. Passionate vocals and comfortable moving progressions give audiences the feels and let the crowd live each story as their own. Listeners say she reminds them of a combination of Fiona Apple, Lake Street Dive, Amy Winehouse, Rachel Yamagata, Jewel and Billy Joel.